Kathy received her B.Sc. in Geology with a double minor in Geophysics and Spanish from the University of Calgary in 2005.  Upon graduation, she worked for several companies such as Winslow Resources Inc., Silverwing Energy Ltd., and Fekete Associates prospecting for Oil and Gas in the WCSB, as well as collaborating in drilling and completion programs.  From 2010-2013, Kathy worked with Geotechnical team at Tervita Corporation, where she was responsible for geological prospects, wellsite operations, and government applications concerning water disposal/cavern disposal for oilfield waste, both in Canada and the United States.  Kathy joined the Wolverine team in November 2014 as staff geologist working in cavern and disposal projects.  Kathy is a professional member (P.Geo.) of APEGA and the CSPG and is the 2015 Treasurer of the CWLS. 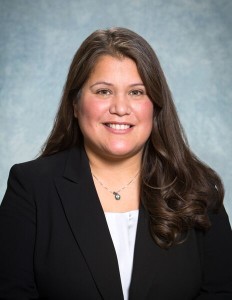