Rob received his B.Sc. in Geology from the University of Calgary in 1980. Upon graduation, he worked for several companies including BP Canada, D&S Petroleum Consultants, Paramount Resources, Mark III Energy, and Robinoil Resource. Duties included Oil and Gas prospecting, economic evaluations, reservoir studies, wellsite supervision for Oil and Gas in the WCSB, as well as different basins in Belize, China, Kuwait, Libya, Madagascar, North Sea, and Russia.  From 1999-2013 Rob worked with the Geotechnical team at Tervita Corporation and was promoted to Geoscience Manager, where he was responsible for geological prospects, wellsite operations, and government applications concerning water disposal/cavern disposal for oilfield waste, both in Canada and the United States.  Rob joined the Wolverine team in May 2014 as the Senior Geoscience Specialist working in cavern and disposal projects.  Rob is a professional member (P.Geo.) of APEGA and member of the CSPG and the CWLS. 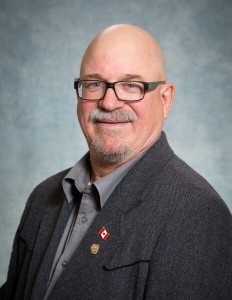